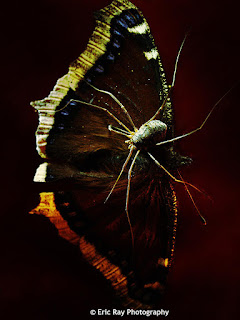 For more years than anyone now reading this has been alive, the tiny progressive globalist clique that controls the world's financial and political machinery has been driving toward total control of the planet's people and material resources. Achieving that control requires the destruction of every existing element that might stand in its way, including:

That is why the last several decades have seen the progressive globalists engaged in relentless efforts to destroy national boundaries, mask important distinctions among ethnic cultures, diminish the concept of moral authority, demonize religious values and beliefs, destroy the nuclear family, discredit traditional male and female roles in the name of equality, and legitimize sexual deviancy. The goal has been to create a homogeneous mass human population, devoid of any ethnic or national identity, an easily controlled population totally absorbed in self and momentary pleasure.

Progressive globalists have for decades used socialism and the environmental movement to advance their intermediate goal: gaining power over national populations through their respective governments. In recent years, however, technological and population demographic trends have produced "contradictions" that threaten the theoretical foundations of all existing economic systems and, because progressive globalists control the West's nuclear arsenal, the survival of the human race.

Despite the alleged economic recovery from the 2008 recession, "real" unemployment is historically high, family incomes are declining, and record numbers of Americans are receiving food stamps (EBT). It is reported that half of America's 25 year-olds are living with their parents and that more than half of New York City's waiters and elevators have advanced degrees. More than one-half of existing US jobs is at risk of being replaced by robots in the near term.

These conditions are a problem for progressive globalists because it is impossible to sell "the labor theory of value" when the replacement of human labor by robotics renders that labor unnecessary and hence valueless. To be clear, robotics is going to require a major adjustment in how resources are applied across all economic systems and that's going to be a very big deal in the years ahead. However, the immediate threat arises because robotics is already well on the way to transforming most of the human race into "useless eaters" who contribute nothing to the goals of progressive globalists.

Brexit, coupled with the sudden rise of Donald Trump, the explosive growth of anti-establishment movements throughout Europe, and the impending collapse of the Welfare-Warfare states' economic and fiat currency systems are the canary in the coal mine, serving notice to the progressive globalists that they have failed and the jig is up. The population of ordinaries that they so despise has had enough and is rising up.

Humanity is at risk because the progressive globalists are not bound by conventional morality; in fact, they despise it. They have deliberately caused the deaths of millions over the last fifty years along. They know that they are finished and may well have decided to head for their nuclear-proof bunkers. If, amidst the chaos, a war should rid the earth of billions of "useless eaters" the progressive globalists may be insane enough to imagine that they will emerge from the ashes in charge of any survivors and stronger than ever. If, however, they can be driven from power in each country before the lethal buttons are pushed, humanity may yet enjoy a new era of peace and freedom.


FJB
This site is not affiliated with any political party. Its goals are to advocate for individual liberty, traditional morality, and domestic peace and to resist all forms of tyranny and statism. It reflects the point of view of a life-long constitutionalist and recovering Republican. If you are among the millions trying to understand what has happened to the GOP, please visit "Who Killed the Republican Party?" If you agree with the content of this post, please feel free to print and distribute it or forward the link to your political representatives at the state and federal level Thank you for your interest.
Posted by Frank Brady at 2:00 PM