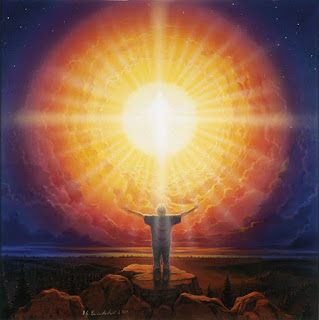 Donald Trump is going to crush Hillary Clinton for reasons that have nothing to do with traditional political metrics and that is only the beginning.

A Great Awakening is underway . It cannot be stopped. The American people despise both Washington establishment parties even more than they loathe the journalists and pollsters who serve as the establishment's control mechanism. That Awakening accounts for the stunning rise of both Donald Trump and Bernie Sanders, neither of whom are seen by the public as establishment agents.

Trump and Sanders arose, not because of their greatness as candidates, but because Hillary Clinton is the establishment. She is, in all of her arrogant dishonesty, blatant corruption, and contempt for Truth, the literal embodiment of establishment evil. That is why millions of Democrats and Independents crossed over to vote in GOP primaries in record numbers and why millions more voted for an obscure Vermont Socialist: to signal their rejection of establishment control. Establishment media pundits and political experts are living in world that no longer exists. The old rules and patterns no longer apply.

The presidential preference polls that predict a Hillary win are wrong for the same reasons (multiplied many times over) that the 1980 Reagan Presidential landslide shocked that era’s pundits and experts. After being subjected to millions of hours of Mainstream Media demonization of Trump, many voters simply lie to pollsters—and then vote their real feelings in the privacy of the voting booth. Google “The Abilene Paradox” for an interesting piece that helps explain this very real phenomenon.

A Paradigm Shift has begun and the Welfare/Warfare State is dying. New political, social, and economic structures will arise from its ashes, the shapes of which will be determined by unfolding future events and, ultimately, by the Hand of God.

FJB
This site is not affiliated with any political party. Its goals are to advocate for individual liberty, traditional morality, and domestic peace and to resist all forms of tyranny and statism. It reflects the point of view of a life-long constitutionalist and recovering Republican. If you are among the millions trying to understand what has happened to the GOP, please visit "Who Killed the Republican Party?" If you agree with the content of this post, please feel free to print and distribute it or forward the link to your political representatives at the state and federal level Thank you for your interest.
Posted by Frank Brady at 11:55 AM